The partnership between France and the Philippines in the areas of science, technology, and research has seen considerable progress in 2019, thanks to the signing of three bilateral agreements seeking to promote the development of joint research and academic exchanges programs, as well as encourage further cooperation between French and Philippine scientific institutions.

In May 2019, Secretary Fortunato de la Peña of the Philippine Department of Science and Technology, accompanied by Undersecretary for Research & Development Dr. Rowena Guevara and Director of the Philippine Council for Health Research and Development Dr. Jaime Montoya, visited France with the aim of developing joint research and academic exchanges programs and strengthening cooperation between the scientific institutions of both countries. 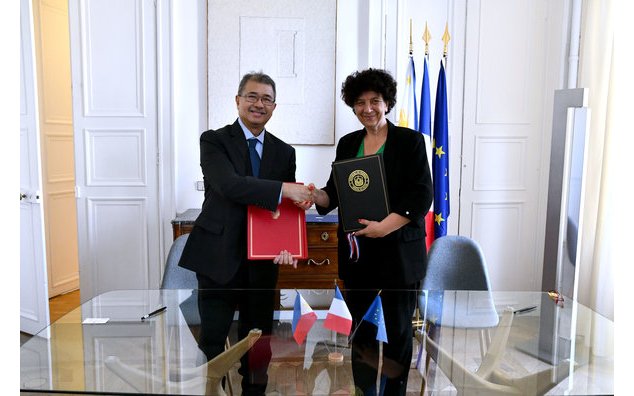 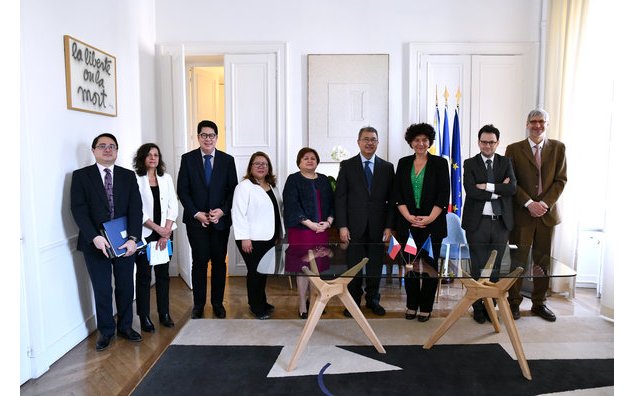 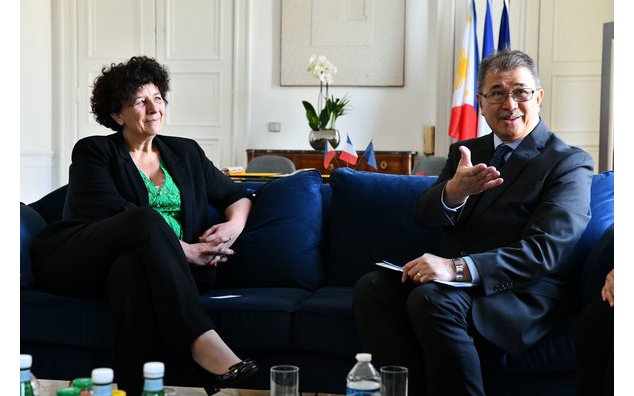 During this visit, Secretary de la Peña and his French counterpart, Minister of Higher Education, Research and Innovation Frédérique Vidal, signed a new Program of Cooperation in Science, Technology and Innovation, updating the Intergovernmental Agreement on Scientific and Technological Cooperation signed in 1978. This program of cooperation aims to give momentum to French-Philippine scientific cooperation and illustrate France’s desire to work with the Philippines’ Department of Science and Technology by specifying priority areas of cooperation, namely: health, agriculture, new technologies, and innovation.

This new text was followed by the signature of two additional agreements:

An agreement for the implementation of a French-Philippine Hubert Curien Partnership, named "Science for the People", which was signed in Manila on June 17, 2019.

Funded by France’s Ministry for Europe and Foreign Affairs and the Ministry of Higher Education, Research and Innovation, including foreign partners, the Hubert Curien Partnerships (PHC) are bilateral programs created to support the mobility of researchers and represents an important tool for French scientific cooperation abroad. Its objective is to create and develop scientific and technological collaborations between the two countries through exchanges between Filipino and French research laboratories. In particular, it seeks promote the strong participation of young researchers (Ph.D. and Post-Doctoral) and the valorization of research activities (scientific joint publications, seminars…).

The PHC contributes to the emergence of joint research projects that can create long-term cooperation within the framework of various partnerships involving the French National Research Agency (ANR), French research groups, and the European Union (Horizon 2020).

The first call for the 2020-2022 "Science for the People" Program is open from October 21, 2019 to January 2, 2020. The call for projects is available for download below, and may also be accessed through the Campus France website.:

Furthermore, an administrative arrangement between the Minister for Europe and Foreign Affairs of the French Republic and the Secretary of Science and Technology of the Republic of the Philippines for the implementation of a programme for co-financing of study grants was also signed in Manila on June 17, 2019.

This scholarship co-funding program named "DOST-PhilFrance" will strengthen academic exchanges between France and the Philippines by significantly increasing the number of Filipino recipients of French Government scholarships, and will also promote the excellence of French academic education in science. This program will officially begin in September 2020 for the academic year 2020-2021.

The signing of these three agreements has considerably strengthened the Franco-Philippine bilateral relationship in the field of Science and Technology, and demonstrates the interest of both countries to develop their cooperation in education and scientific and technological research.