The Alliance Française de Manille, in partnership with B-side and the Embassy of France to the Philippines, presents the 25th edition of Fête de la Musique in the Philippines! This event showcases the best of the local music scene in what has become one of the most important music festivals of the Philippines, while also providing a full cross-cultural experience between the French and Filipino people. 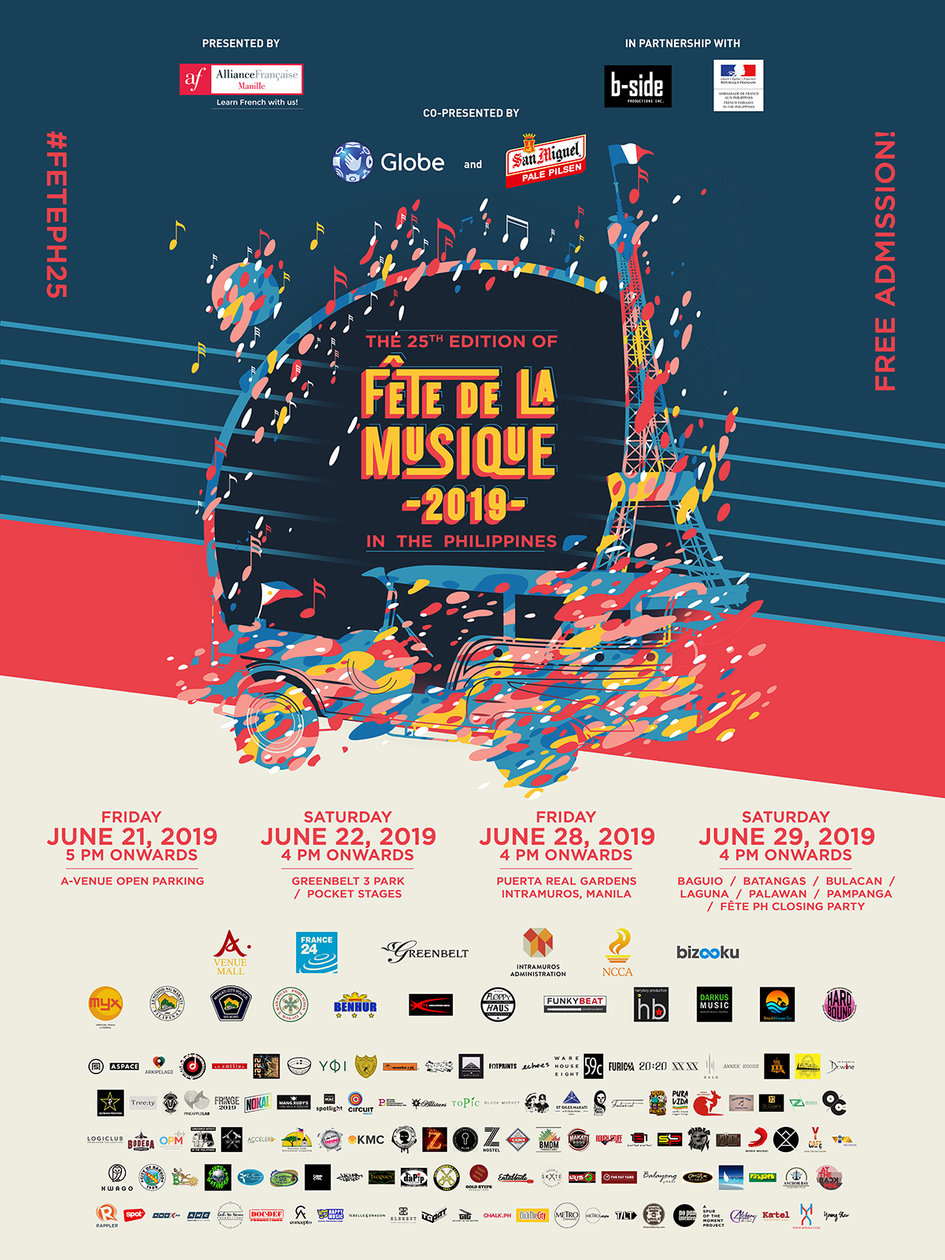 2019 is a particularly important year as it marks the 25th anniversary of Fête de la Musique in the Philippines. This event will continue its tradition of producing several main stages across Metro Manila, while adding stages in six other cities all over the country. Over 50 pocket stages in Makati City will host independently produced stages where festival goers will be able to enjoy many different musical genres.

The 25th edition of Fête de la Musique will also introduce new activities throughout the month of June 2019.

A special All-Female French-Filipino Medley will also take place on June 28 at the Intramuros main stage, led by Pinay musician Radha, in collaboration with Vanessa Monot, Fatima Palma-Loo, and many more.

The 25th Fête de la Musique in the Philippines is sponsored by Globe and San Miguel.

To know more about this year’s celebration and the line-up of new activities, festival goers can download the FetePH mobile App or visit www.facebook.com/FetePH.