Cine Europa 21: Bringing the best of European cinema to the Philippines [fr] 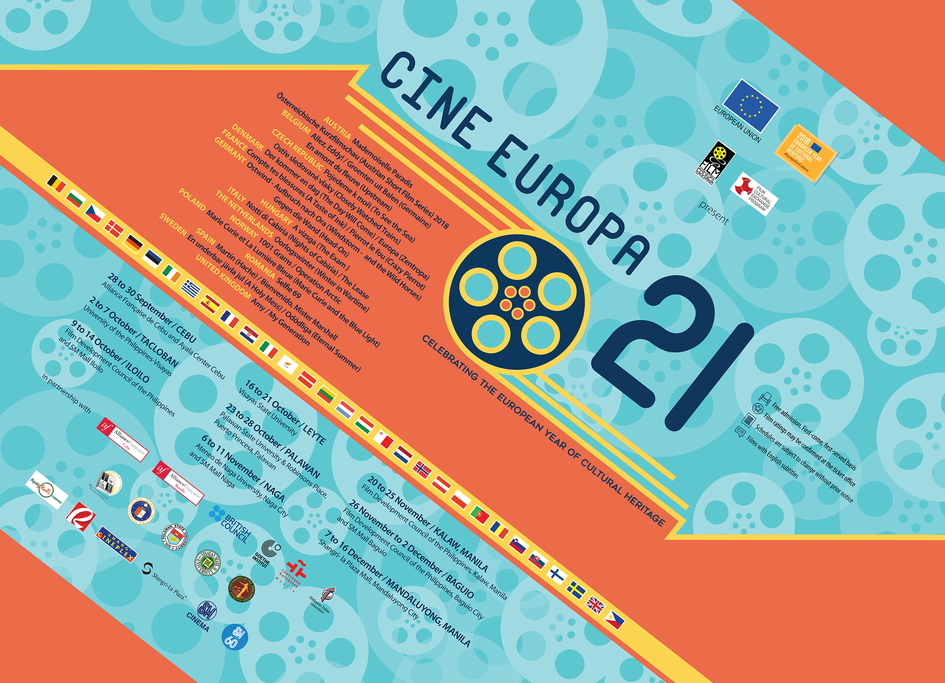 Organized by the Delegation of the European Union, the EU member-states embassies, and cultural institutions in the Philippines, Cine Europa celebrates its 21st edition of bringing the diversity of European culture to the Philippines with the screening of 27 European films in various locations in Luzon, Visayas and Mindanao.

This year, France is proud to present young director Morgan Simon’s premier film Compte tes blessures (A Taste of Ink), an entry into the Angers Festival of First Films by European Directors. The film has been screened in several European film festivals and has won awards such as the Best Jury Prize, Best Film, Best Director for Morgan Simon, and Best Actor for Kévin Azaïs.

Synopsis : A charismatic singer in a hard rock group, twenty-four-year old Vincent has already tattooed half of his body. With his angelic face and incandescent gaze, the world is at his feet. But the arrival of a new girlfriend in his father’s life stirs up tensions. Vincent no longer intends to reign in his anger, or his desire.

As we mark the European Year of Cultural Heritage in 2018, France also presents the 1965 Jean-Luc Godard classic, Pierrot le Fou (Crazy Pierrot), which portrays the sense of freedom in French society in the 1960s. The 71st Cannes Film Festival this year pays tribute to this work by using an image of the film in the festival’s main poster.

Synopsis: Ferdinand (Jean-Paul Belmondo), unhappily married and recently fired from his job, abandons his family and runs off to the Riviera with the enigmatic Marianne (Anna Karina). Ferdinand, whom Marianne calls “Pierrot,” tries to find artistic fulfillment between bouts of criminal adventure, but keeps getting entangled in Marianne’s violent life. 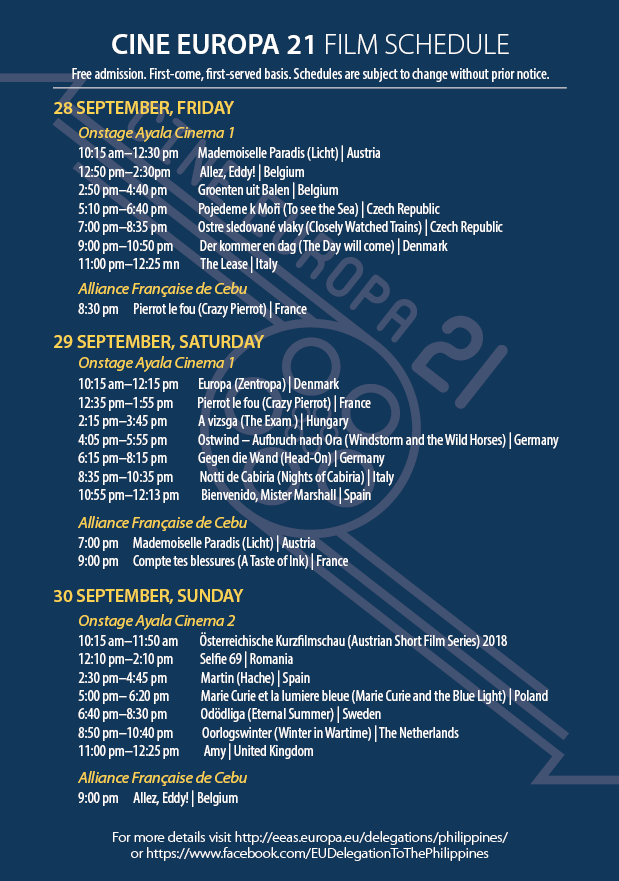 For more information, visit the website of the Delegation of the European Union to the Philippines : http://www.eeas.europa.eu/delegations/philippines