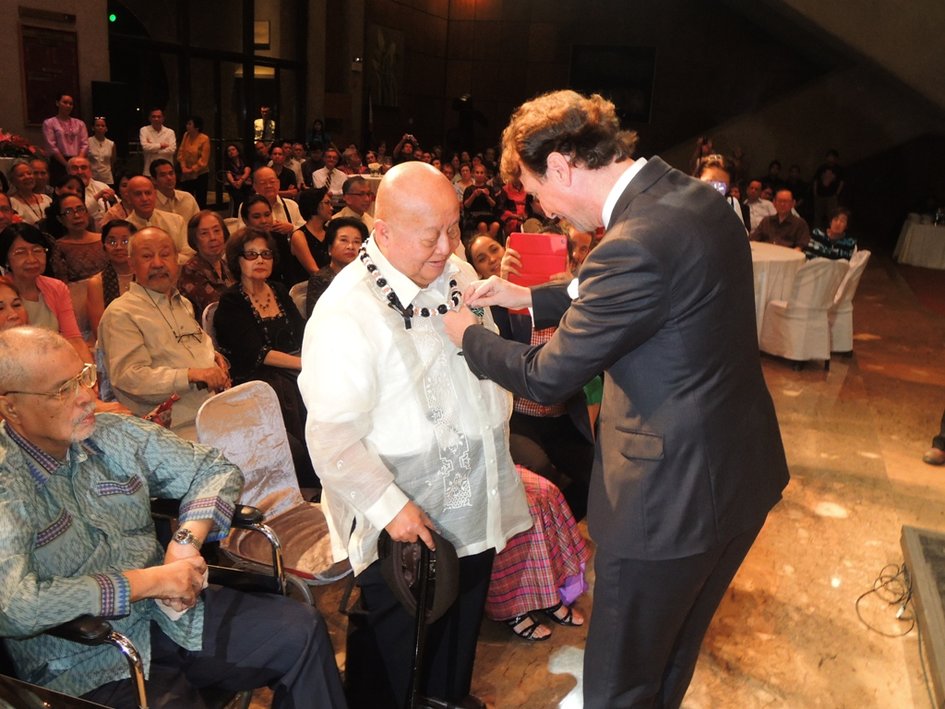 For his valuable contributions to Philippine literature, National Artist for Literature F. Sionil Jose has been promoted to the rank of Officier (Officer) in France’s Ordre des Arts et des Lettres (Order of Arts and Letters).

Ambassador Garachon thanked the writer for his works that allowed readers from all over the world to understand the history, culture and values of the Filipinos. Seven of F. Sionil Jose’s books have been translated into French and have been available in Parisian bookstores since 1996: the five novels in the Rosales Saga, God Stealer and Viajero.

The writer was previously named Chevalier (Knight) in the French Order of Arts and Letters in 2001.

The Order of Arts and Letters was established on May 2, 1957, conferred on men and women, French citizens and foreigners for their significant achievements in the fields of arts or literature or their contribution in the promotion of French arts and literature in the world. The Order has three grades: Chevalier (Knight), Officier (Officer), and Commandeur (Commander).