For the first time since its inception in the Philippines, the Fête de la Musique brings its festivities exclusively online!

The Alliance française de Manille, together with B-Side Productions and in partnership with the Embassies of France & Qatar and the National Commission for Culture and the Arts (NCCA), present this virtual event in light of the COVID-19 pandemic.

The free livestream concert will be broadcast live via Facebook this Sunday, June 21 from 6:15 pm to 10:00 pm, featuring performances from three Filipino acts and two French acts and hosted by Manila’s own Nurse Rapper, Fatima Palma Loo. 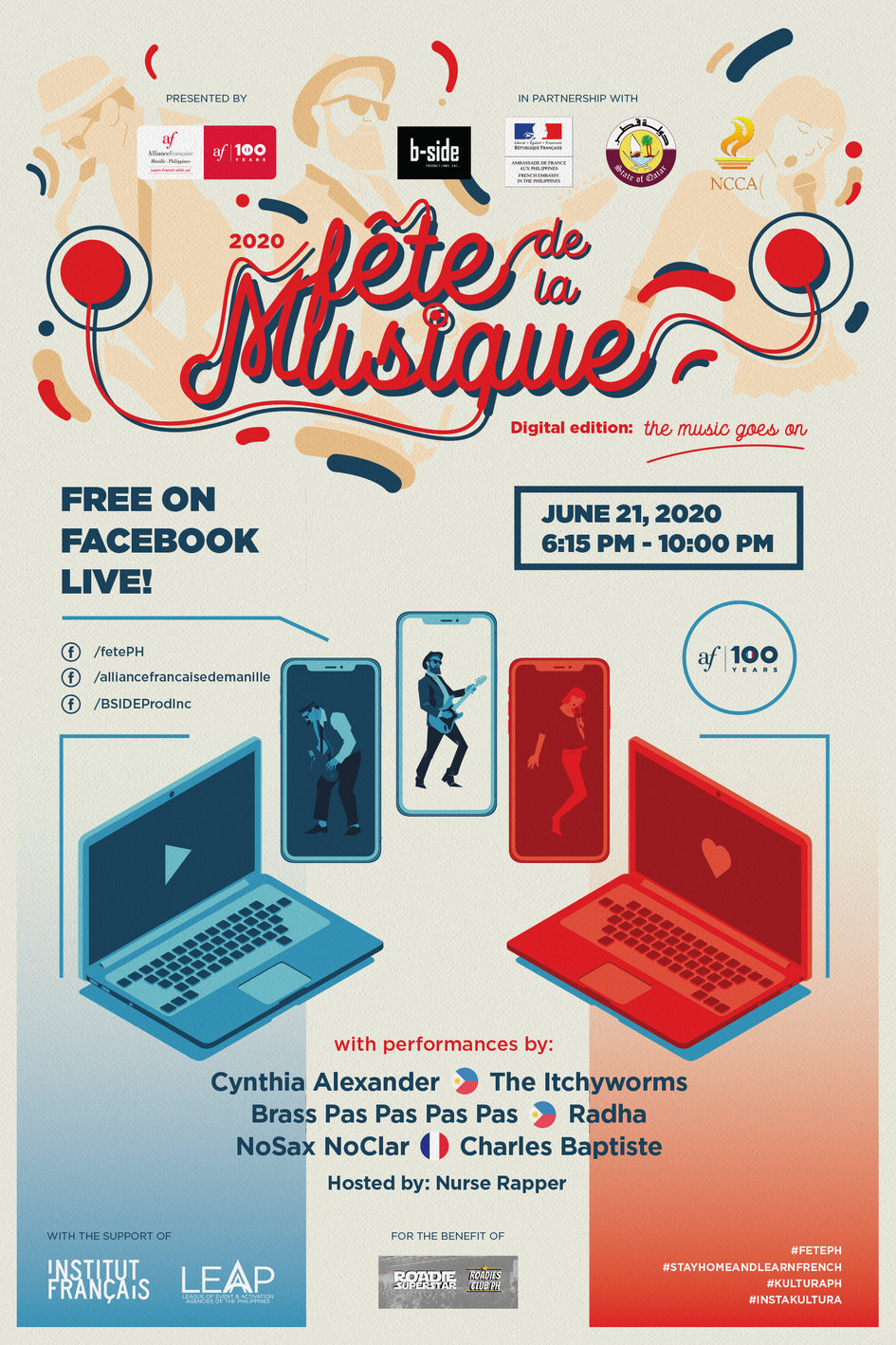 2020 also marks Alliance française de Manille’s first century of existence in the country. This milestone signifies its continuous commitment to partnerships and collaborations to promote cultural relations between France and the Philippines, among the most noteworthy of which is the Fête de la Musique - a French tradition embraced and adopted as a shared experience to showcase original Filipino talent and artistry.

Over the years, Fête de la Musique PH has evolved from a simple gathering of music fans to becoming one of the most highly anticipated festivals in the country. Last year, Fête PH’s 25th edition was celebrated in over 60 stages in 8 cities across the nation, gathering more than 3,000 musicians and over 40,000 spectators.

With foremost consideration to the health, safety and well-being of the community, this year’s celebration, while more intimate in scope, aims to be no less abundant with meaning and inspiration. It also seeks to contribute to some of the local music community’s most direly affected members – the roadies. The show will serve as a platform to drive donations towards Roadie Superstars and Roadies Club PH to help these most essential yet largely unrecognized figures of the entertainment ecosystem.

Moreover, Sunday night’s concert will also be in support and with the support of LEAP - a non-stock, non-profit organization composed of event producers, event and activation agencies; which will officially launch via Facebook on June 25, 2020.

Everyone is invited to watch the livestream through the following Facebook pages: 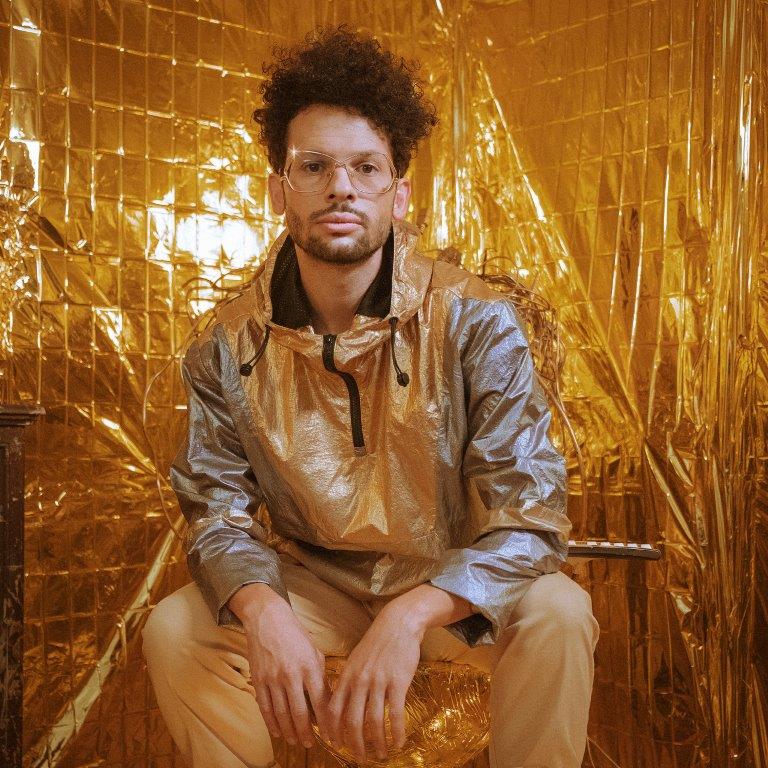 Charles-Baptiste is a French pop singer. His talent came to the attention of the public with the single “As cool as you are” from his first album “Les sentiments inavouables” (Ineffable feelings) (Mercury / Universal - 2014), he has performed nearly 300 concerts and DJ-sets in more than 25 countries. His second album, Le Love & Le Seum (Robert Records / Kuroneko), devoted to the binary functioning of the post-Internet brain, was released on June 12, 2020.

Two years after his first visit to Manila, Charles-Baptiste gives us the pleasure of coming back to sing for the Filipino audience - this time on the social networks of the Alliance française de Manille.

With their atypical backgrounds, their music sometimes has hints of the colours of the Mediterranean, sometimes hints of the magic of Nordic countries, whereas at other times it is more unchained, with a free jazz influence, or even evocative of the alchemy of bebop…

NoSax NoClar do not claim a musical identity, gender, style or label. The musical journey is what motivates Julien Stella and Bastien Weeger, a journey of discovery around themes of interest to them. NoSax NoClar is a 2019 Jazz Migrations winner.

The Fête de la Musique around the world

Every year, the Fête de la Musique celebrates live music and highlights the diversity of musical practice and expression, welcoming all musicians, whether amateurs or professionals. Organised for the first time in France in 1982, the Fête de la Musique gradually developed as a global event, initially with the support and participation of the French cultural network abroad and later, with that of the European Music Day Association and many international cultural operators. Today, has become a major international event with more than 120 countries participating in last year’s edition.

For its 39th edition, against the backdrop of the global health crisis, the Fête de la Musique (Music Day) reinvents itself. The French cultural network abroad is committed to bringing this unifying and festive event to life by organising digital editions. On June 21, 2020 the public is invited to discover online concerts by French and foreign artists from over 50 countries (including the Philippines)!

Starting June 19, discover the program of all the Fête de la Musique celebration taking place all over the world, including an interactive map and information of French and foreign musical performers, through the global music platform, Mélo, which will also broadcast the different concerts online on June 21, 2020!

For more information, visit the website of Institut Français: https://www.institutfrancais.com/en/node/4453