Mr. Laurent Legodec, Deputy Head of Mission of the Embassy of France, delivered the inaugural lecture of the Diplomats’ Lecture Series organized by the University of Santo Tomas last April 16. 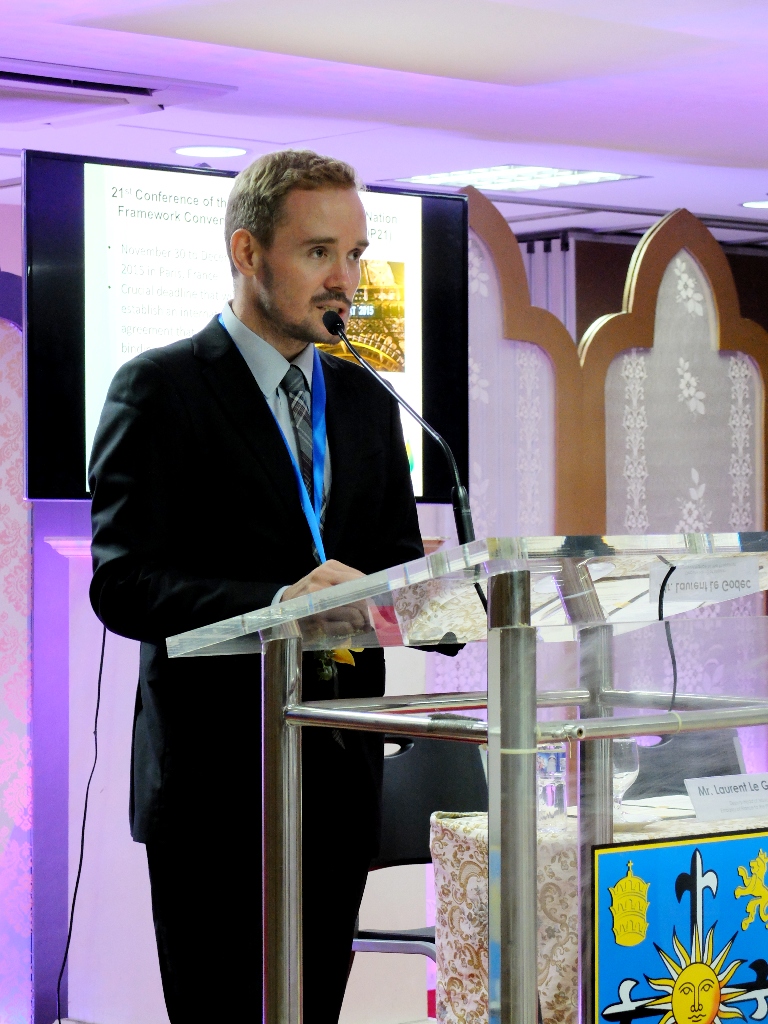 Speaking before an audience composed of student researchers, faculty from different universities, and members of the media, Mr. Legodec presented a lecture on the international efforts to address climate change and the importance of the upcoming 21st Conference of the Parties under the United Nations Framework Convention on Climate Change (COP21).

In his speech, Mr. Legodec stressed the need for the conclusion of a universal and legally binding climate agreement during COP21 in Paris this December, with the aim of limiting global warming to less than 2°C to prevent irreversible consequences on the environment for future generations.

“The agreement should implement a paradigm shift, recognizing the climate challenge not as a shared burden of emissions, but rather, as an opportunity for job creation and economic wealth and for the invention of new modes of production and consumption,” he said.

He added that the Philippines would be one of the key actors at the Paris Climate Conference and echoed the statement of French President François Hollande during his state visit to the country last February 26 & 27 - that with the Manila Call to Action on Climate Change, “The road to Paris starts in the Philippines.” 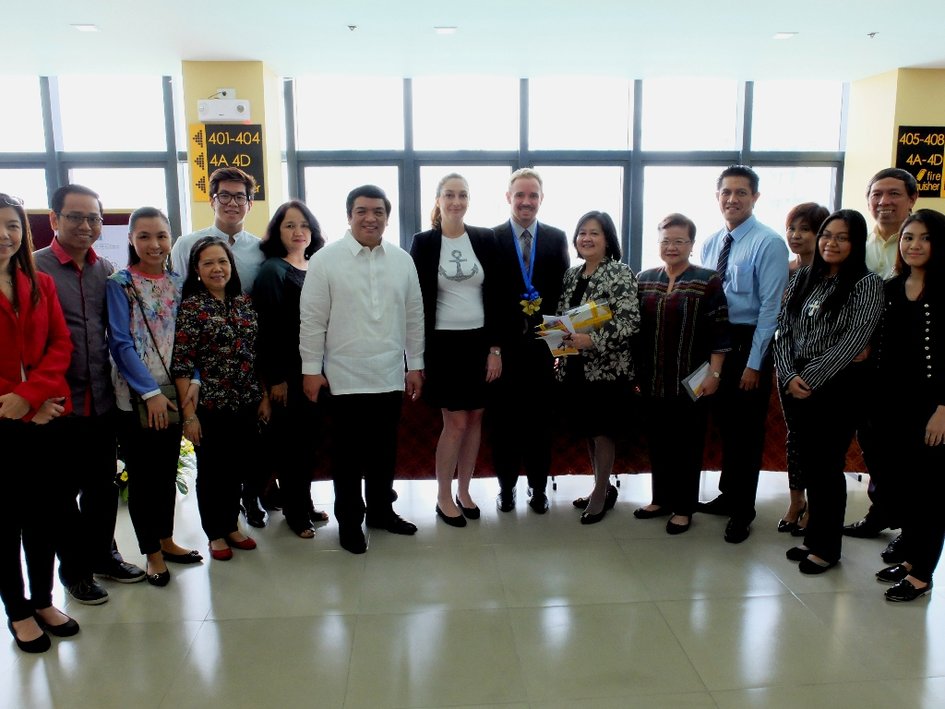 Mr. Legodec also commended the youth of the Philippines for their involvement in the fight against climate change, emphasizing that all sectors must do their part in this effort.