Home > News > Cultural and linguistic cooperation > French conductor Michaël Cousteau and the PPO pay tribute to Berlioz at the (...) 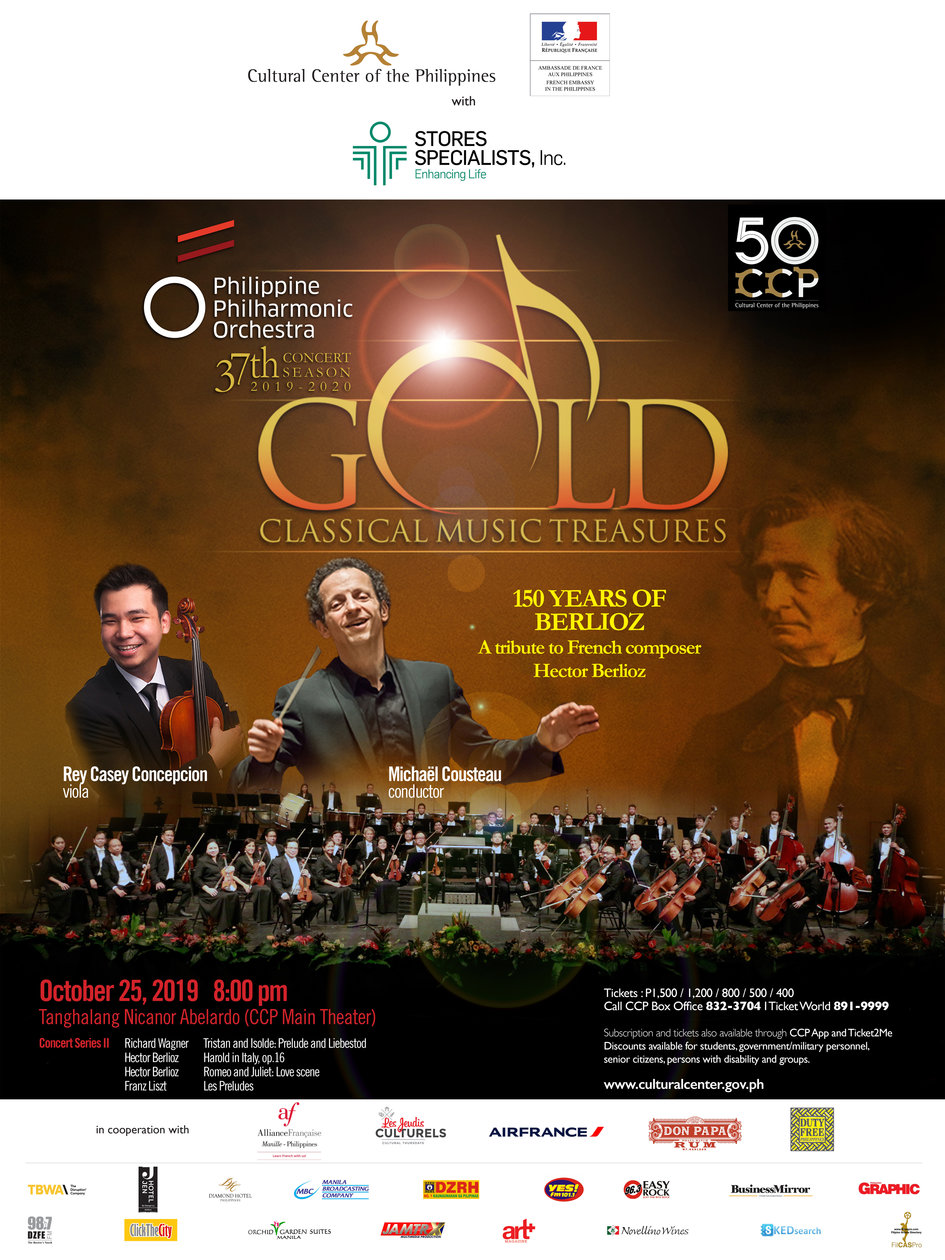 Widely regarded as the inventor of the modern orchestra, Hector Berlioz gained a reputation as an innovative composer whose unconventional body of work and exuberance made him a hero of romanticism in France, alongside writer Victor Hugo and painter Georges Delacroix. He was a close contemporary of Franz Liszt, who transcribed Berlioz’ orchestral works for the piano, and of Richard Wagner, who found inspiration in Berlioz’ works for his own compositions.

Michaël Cousteau has established himself internationally as a musician of unusual versatility, conducting operatic and symphonic repertoire ranging from the Baroque period to contemporary works. He is particularly known for developing innovative programs, having offered masterclasses and mentoring to young musicians in France and abroad.

In 2009, he conducted the Philippine Philharmonic Orchestra for a French musical program, featuring pianist Raul Sunico as soloist. He returned in 2012 to participate in an operatic program with several young talented Filipino singers.

This tribute to the musical legacy of Hector Berlioz frames the French composer’s works in perspective with pieces by his friends and contemporaries through a program that includes “Harold in Italy, op. 16” and “Romeo and Juliet: Love Scene,” as well as Wagner’s “Tristan and Isolde: Prelude and Liebestod” and Lizst’s “Les Preludes.”

“Berlioz and Friends” is presented in association with the Alliance Française de Manille and with the generous support of Air France, Don Papa Rum, and Duty Free Philippines.

For more information about the concert at the CCP, visit www.culturalcenter.gov.ph or contact the Cultural Center of the Philippines at ccpsalesandpromo@gmail.com.

A musical lecture on the legacy of Hector Berlioz

While in Manila, Cousteau will also conduct a musical lecture on the life and works of Hector Berlioz entitled “Ma vie est un roman qui m’intéresse beaucoup” (“My Life is a Novel that Fascinates Me”) at the Alliance Française de Manille in Makati City on October 24, 2019 as part of “Les Jeudis culturels” (“Cultural Thursdays”).

This event is free and open to the public. To register, send an email to lesjeudisculturels@gmail.com.

“Les Jeudis culturels” (“Cultural Thursdays”) was launched in 2018 by the Embassy of France to the Philippines and the Alliance Française de Manille as a monthly cultural rendez-vous to promote contemporary French art and provide a platform for cultural collaborations between artists through music, theater, dance, poetry, gastronomy, and other art forms. For more information on Cultural Thursdays, visit www.ph.ambafrance.org.

See also: Cultural Thursdays: A musical conference on the life of Hector Berlioz