After establishing its presence in the Philippines early this year, La French Tech, France’ s new generation movement for innovative startups, has made significant steps toward harnessing opportunities in the Philippines with its participation in Slingshot Philippines, the National Summit for Startups and Innovations.

Organized by the Philippines’ Department of Trade and Industry (DTI) and supported by the Department of Science and Technology (DoST), Slingshot Philippines served as a venue for startups, investors, policy makers and media to gather not only during the exhibition, but also during the conferences and networking sessions within the trade show.

With this year’s theme of “Accelerating the Innovation Economy,” the event focused on the best of innovation hubs and startup ecosystems in Asia and the Pacific Rim, which served to inspire and energize the startup and innovation community.

French entrepreneurs who belong to La French Tech PH had the opportunity to exhibit during the event under La French Tech Philippines, where they promoted their own products and services and networked with their Filipino counterparts as well as guests from different sectors. 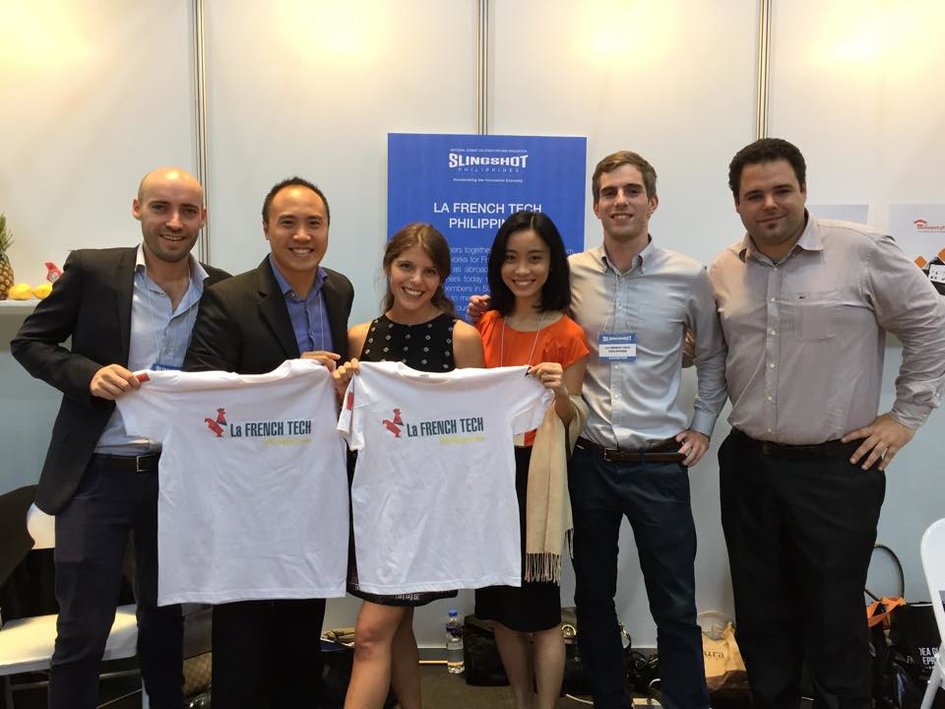 Tea also co-founded WeCube Inc., a collaborative ecosystem for acceleration of startups that recently opened its Makati co-working space. As a startup incubator, WeCube will provide mentorship, coaching, networking opportunities as well as enable traction and access to funding or advice on fund raising.

Bridging the Philippines and the French tech scene

Founded by the French government in 2013, La French Tech is backed by Business France. Operating on the objective of driving growth in techno entrepreneurship, La French Tech has established hubs all over the world including San Francisco, London, Barcelona, Sau Paulo, New York, Hong Kong, and Tokyo among others.

In the Philippines, La French Tech PH was formed last March 9 where 22 French entrepreneurs launched the tech startup ecosystem in Manila at an event hosted by French Ambassador Thierry Mathou at his residence in Makati.

“A community of startup entrepreneurs like ours will create synergies whose common goal is to contribute to develop opportunities for technopreneurs, especially startup innovators. We shall position France on a path to become a major tech and innovation partner of the Philippines,” said Tea.

The Philippines, being a major exporter of electronic components and accounting for over 50 percent of its gross national output, as well as being home to people with strong technical and IT backgrounds, is an ideal site for those who want to develop businesses specializing in tech and IT.

Notably, French entrepreneurs are not only attracted to the highly skilled workforce in the Philippines and their language proficiency, but to their good demeanor and optimistic outlook as well.

A plus factor is the fact that the Philippine government actively fosters an environment that supports entrepreneurs and investors, especially through its Investment Priority Plan (IPP) and its IT-BPO Roadmap 2016. All these are seen to make the Philippines a perfect destination where young tech entrepreneurs could settle and build promising and dynamic companies.