La Page Culturelle: In the time of quarantine [fr]

We offer art and culture to cope as we live through this pandemic. Through La Page Culturelle, the Embassy of France and the Alliance française de Manille invite the French community in the Philippines, francophones, francophiles and our Filipino friends to discover, without leaving your homes, a selection of artistic programs made available online by French cultural institutions in the visual arts, performing arts, music, cinema, and literature. 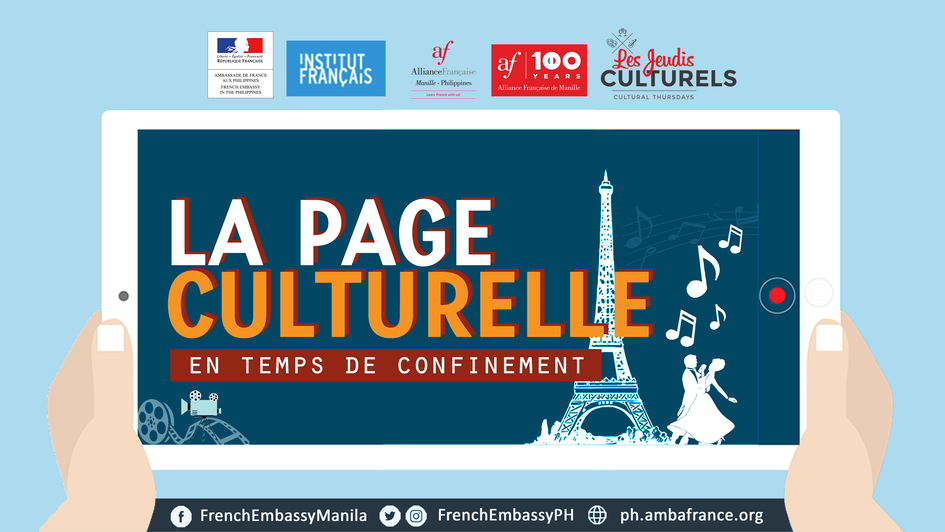 [NEW] We Are One: A Global Film Festival 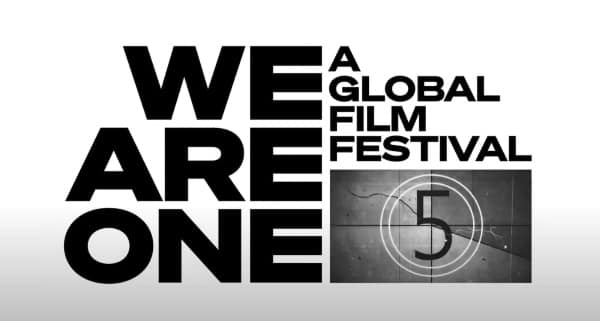 Human: A film by Yann-Arthus Bertrand

Driven by these questions, director and photographer Yann Arthus-Bertrand spent three years collecting the stories of over 2,000 women and men from 60 countries. With his passionate team of translators, journalists and cameramen, Yann has captured in-depth the emotions and issues that unite us all: the struggles against poverty, war, homophobia and the future of our planet, mixed with moments of love and happiness.

The Films pour Enfants association aims to offer access to animated films to children all over the world, ranging from poetic films to raise the child’s awareness of artistic practices to educational films to complement classes taught in school. Through the Internet, Films pour Enfants increases the visibility of auteur films that are otherwise inaccessible through traditional broadcast media. 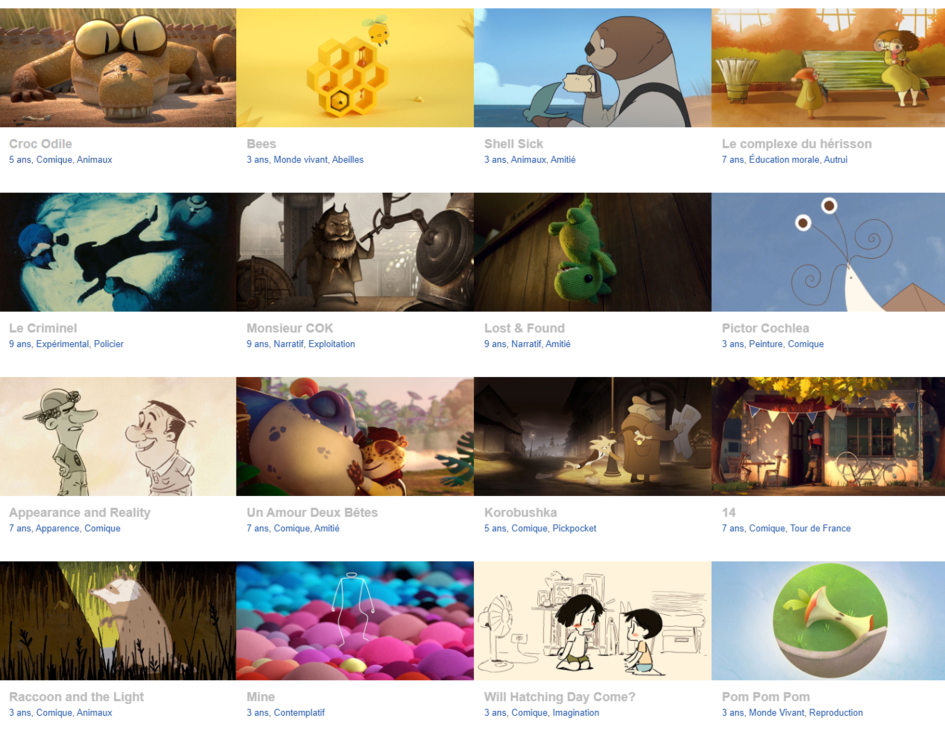 See the selection on the Films pour Enfants website by clicking on the image above.

The world was moved by the fire that almost destroyed the Notre Dame of Paris in 2019. While unable to climb the bell towers, let us pay a visit to Quasimodo to better understand its history... 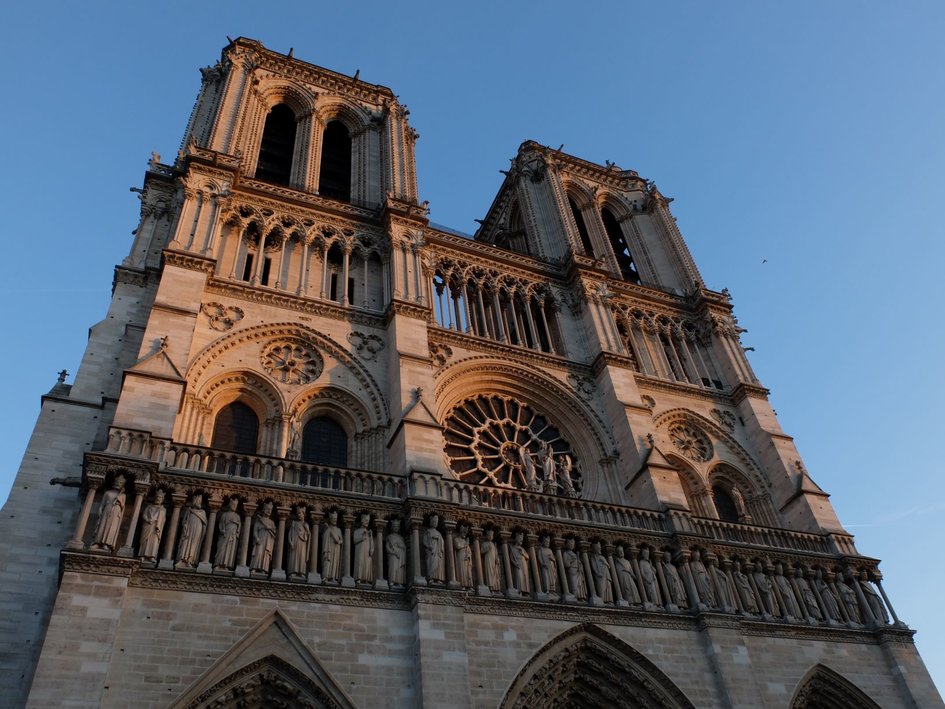 As part of the “Viva Europa” celebration of Europe Month led by the Delegation of the European Union in the Philippines, the Embassy of France joins its fellow EU member states and acclaimed Filipino writers at the Bersong EuroPinoy 2020 poetry reading event that will be streamed live on Facebook on Saturday, May 30 at 5:00 pm. 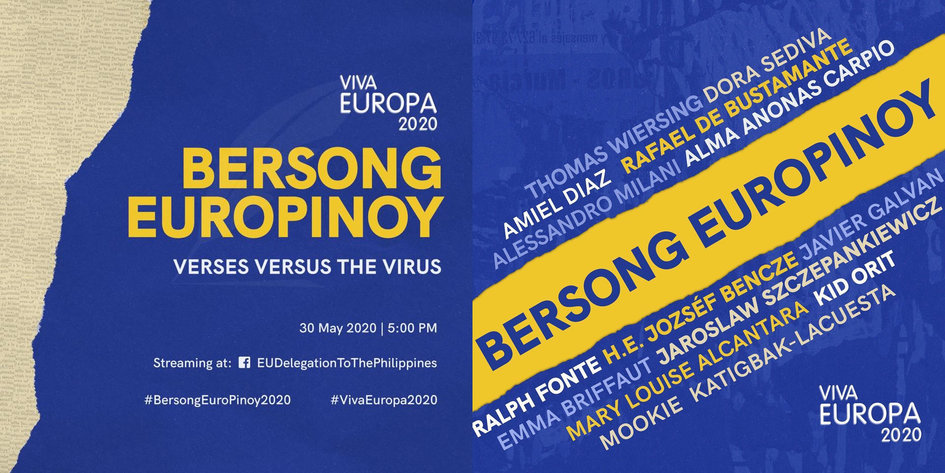 Born in Budapest, Hungary in 1953, Sir András Schiff began piano lessons at the age of five with Elisabeth Vadász. He later on pursued musical studies at the Ferenc Liszt Academy with professors Pál Kadosa, György Kurtág et Ferenc Rados, and in London with George Malcolm.

Recitals and special cycles, including major piano pieces by J.S. Bach, Haydn, Mozart, Beethoven, Schubert, Chopin, Schumann and Bartók, have been integral to his performances. Since 2004, he has been playing complete cycles of Beethoven’s 32 Piano Sonatas in 20 cities, while the cycle of the Zürich Tonhalle has been recorded live.

[NEW] The Ghosts of Versailles : John Corigliano’s Opera at the Château de Versailles

Inspired by Beaumarchais’ "The Guilty Mother," "The Ghosts of Versailles" brings together Figaro, Count Almaviva, Rosine and Cherub in a story full of twists and turns. Their objective? To save the head of Marie-Antoinette. A rare opera to be discovered in a place that suits her perfectly: the Royal Opera House of the Château de Versailles.

As we continue our commitment to the promotion of the performing arts, and more particularly of the theater tradition in France, we present another stage play created by Georges Feydeau, a French playwright whose other work, "La Puce à l’Oreille," was adapted locally and performed at the Cultural Center of the Philippines in 2019.

In celebration of the centenary of the birth of the acclaimed French writer, poet and musician Boris Vian, the Jeudis Culturels (Cultural Thursdays) team would have wanted to organize a live performance featuring a French artist. In the current situation, we invite you instead to enjoy this beautiful show presented by the Comédie-Française.

Boris Vian was a multi-talented artist: a writer, poet, singer, musician, theater director, jazz aficionado. The theater group of the Comédie-Française pays tribute to his many talents in a Cabaret directed by Serge Bagdassarian set in the 1950s, highlighting the works of the "Prince of St. Germain des Près," the unconditional lover of jazz. 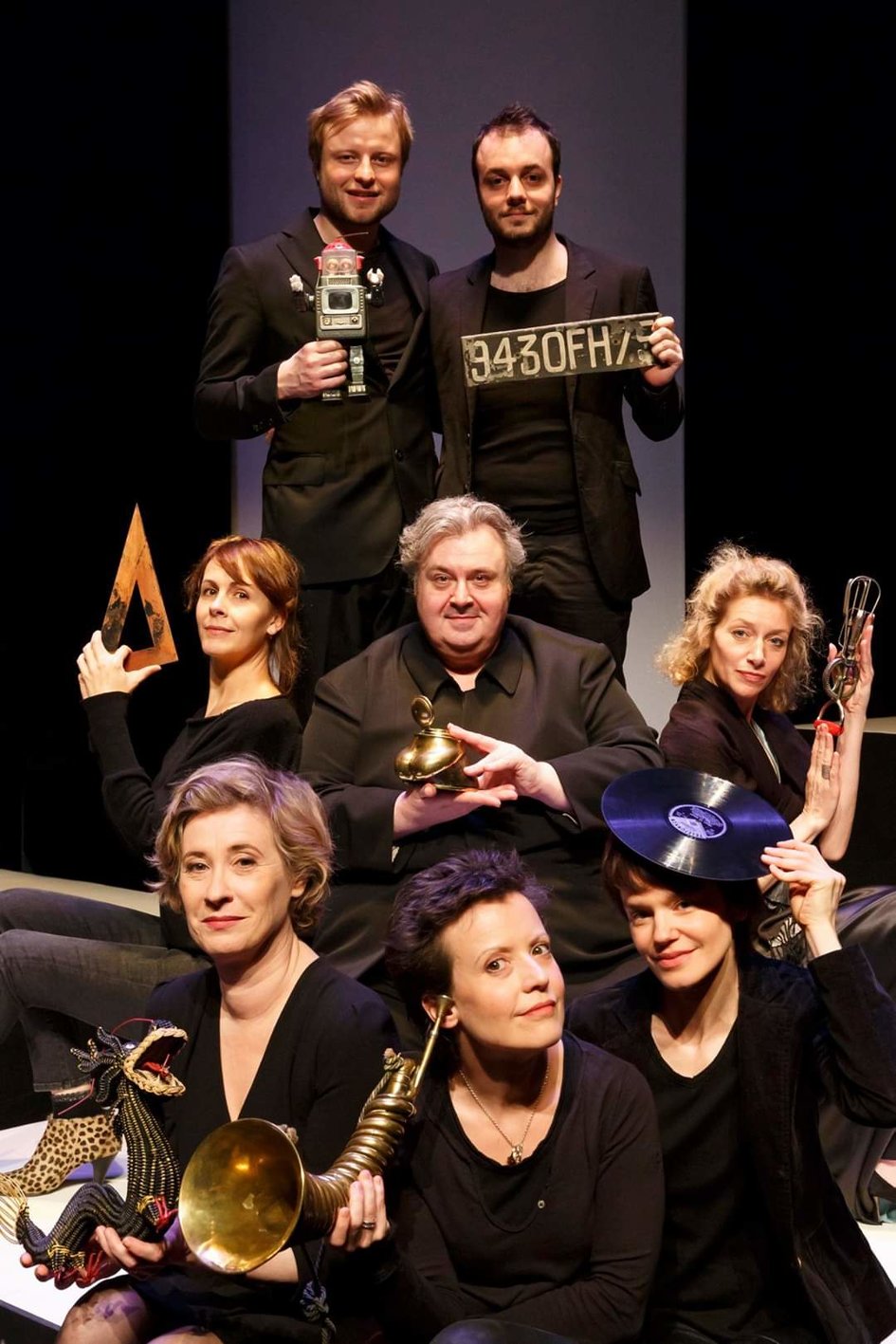 The Fondation Louis Vuitton exhibited a rare and complete collection of Gilbert & George, There Were Two Young Men (April 1971), a six-part "charcoal sculpture on paper" belonging to the Foundation’s Collection. Exhibited for the first time in 1971 at the Sperone Gallery in Turin, this work is part of a series of 13 corpus, all different, created between 1970 and 1974, now dispersed.

Enjoy a preview of the much-anticipated Expo Pompéi, initally scheduled to open last March 25, 2020 at the Grand Palais in Paris.The fully immersive exhibit retraces the history of the ancient Roman city of Pompeii, from the height of its splendor to its tragic destruction due to the eruption of Mount Vesuvius, through a multimedia exhibit supported by new technologies which include virtual reality (VR), augmented reality (AR), 360 projections and 3D reconstructions, online games, quizzes and puzzles, and more!

Experience the Expo Pompei at the website of the Grand Palais: https://www.grandpalais.fr/fr/expo-pompei-chez-vous