The Embassy of France to the Philippines, in partnership with the De La Salle-College of Saint Benilde and SM Aura Premier, kicks off the 70th anniversary celebration of French-Philippine diplomatic relations this year with a French flair through the PhilFrance Fashion Week from February 13 to 16, 2017.

As the first event of the year-long festival called “PhilFrance : Feel French !”, the PhilFrance Fashion Week aims to bring French fashion and design to the Filipino public through a series of fashion shows, workshops, and an exhibit of original pieces from iconic designers such as Jean-Paul Gaultier and Yves Saint Laurent. 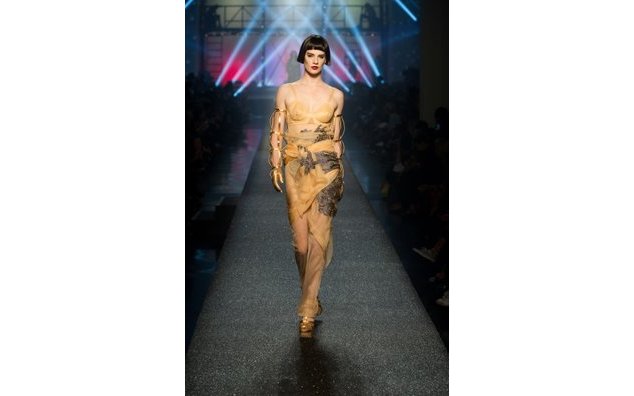 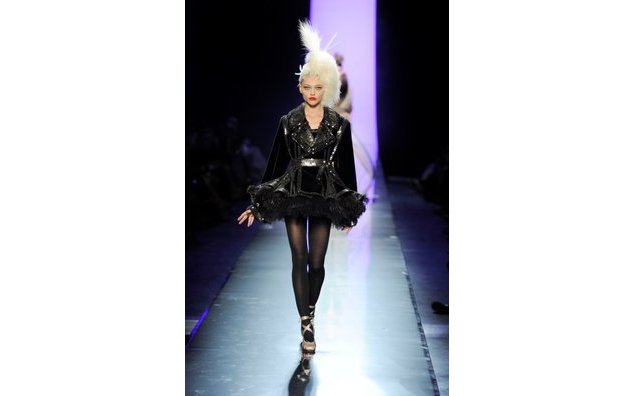 Beau Travail: An ode to the modern working-class heroes

Clivia Nobili has made her name as a contemporary designer in Lille, northern France, through her “workwear” collection that fuses style and functionality. She began her career in the fashion industry as the press assistant of Yohji Yamamoto in Paris, and later trained at the Fashion Institute of Technology in New York and at the Ecole IICC in Marseille. After receiving a series of recognitions, such as the First Prize of the Biennale of Young Designers of Europe and Mediterranean (1999), the Elle Prize in Belgium (2011), the Grand Prize of the Fédération Française de la Couture du Prêt-à-Porter, and the First Prize of the Acte Fashion Awards (2012), Nobili opened her first self-named boutique in Lille in 2014.

Nobili characterizes her pieces as a “creative homage to utilitarian clothes for men and women,” presenting a contemporary elegance and practicality for today’s workers. Her “workwear” style is currently carried by the Opéra of Lille and the Grand Palais of Lille, among others.

During the PhilFrance Fashion Week, Nobili presents her latest Beau Travail workwear collection on the runway in fashion shows to be held at the School of Design and Arts of the De La Salle-College of Saint Benilde on February 13 and at the Upper Ground Atrium of SM Aura Premier on February 16. 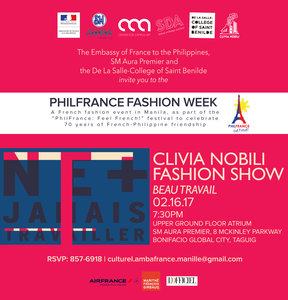 The Beau Travail workwear collection will be on exhibit from February 16 to 19 at the SM Aura Premier.

Fashion through the decades

An exhibit curated by Frédéric Delhove will feature original pieces, flown in from various museums in France, of fashion icons to show how designs have evolved in the last few decades to fit the changing lifestyles of the times. It will run from February 13 to March 18 at the 8th floor of the School of Design and Arts of the De La Salle-College of Saint Benilde. 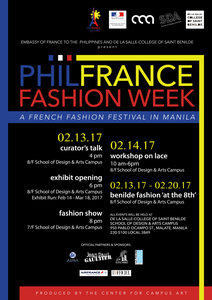 The exhibit includes valuable creations by the likes of Yves Saint Laurent, Jean-Paul Gaultier, and Jeanne Lanvin – French designers that changed the landscape of fashion in the 20th century. Also on exhibit are pieces from John Galliano, who was previously the head designer of French fashion companies Christian Dior and Givenchy, Jean Charles de Castelbajac, who is known for his pop art clothing designs, Marithé+François Girbaud, siblings Anna and Tumoas Laitinen, and Daniel Jasiak.

The PhilFrance Fashion Week is organized by the Embassy of France to the Philippines, the De La Salle-College of Saint Benilde, and SM Aura Premier, with the support of Air France-KLM, Marithé François Girbaud, L’Officiel Manila, La Piscine Musuem in Roubaix, France, and Jean-Paul Gaultier.

The PhilFrance Fashion Week is the first event of “PhilFrance : Feel French !”, festival to celebrate the 70th anniversary of diplomatic relations between France and the Philippines this year, which was formalized through the signing of the Treaty of Friendship on June 26, 1947. Throughout 2017, the Embassy of France to the Philippines, together with its partners, will organize a series of events that will give the Filipino public an opportunity to “feel France” in 5 key aspects: Arts and Culture, Art de Vivre, the Youth and Knowledge, High Tech and Entrepreneurship, and Sharing Values. The line-up includes the following events, among others:

Francophonie Week, a celebration of the French language (March)

A job fair and employability forum for the underprivileged youth (September)

A series of conferences on architecture and urbanism, agriculture and food security, social sciences, and women’s rights

For more information on “PhilFrance : Feel French !”, follow the Embassy of France to the Philippines on social media at www.facebook.com/FrenchEmbassyManila and www.twitter.com/FrenchEmbassyPH

Join the celebration by using the hashtag #PhilFrance70 !