2017 marks the 70th anniversary of the establishment of diplomatic ties between France and the Philippines. To celebrate this milestone, the Embassy of France, together with its institutional partners, launches PhilFrance: Feel French !, a year-long program of activities offering the Filipino public an opportunity to “feel France” in all aspects, within the context of the strong bilateral partnership shared by the two nations. 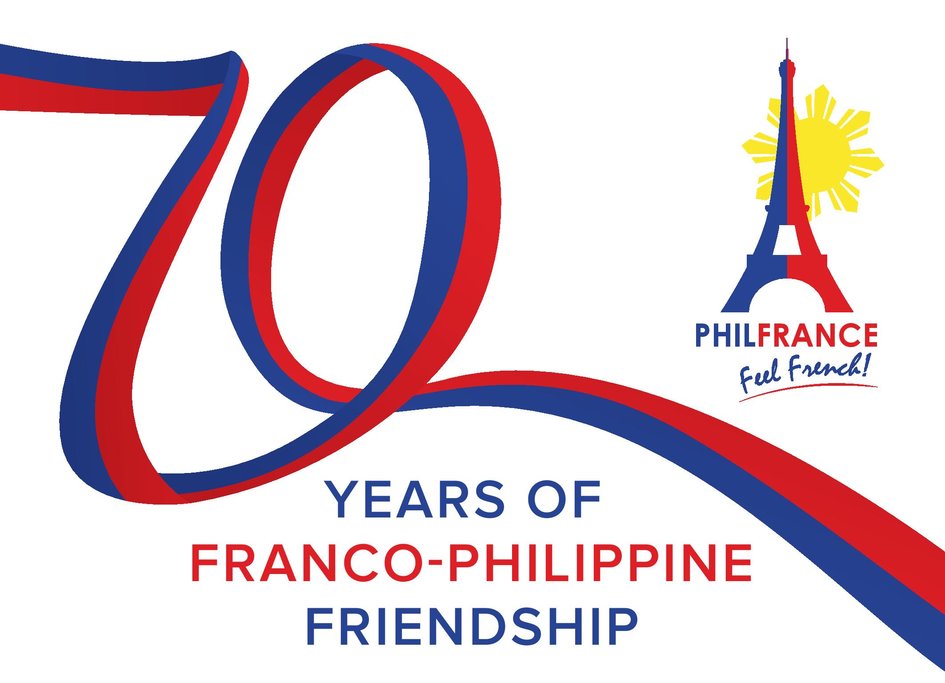 On June 26, 1947, the Treaty of Friendship was signed to formalize French-Philippine diplomatic relations. Despite the historical and geographical distance, exchanges between France and the Philippines flourished, particularly in recent years, during which French President François Hollande became the first French head of state to visit the Philippines in 2015.

PhilFrance : Feel French ! aims to illustrate the growing political, economic and cultural cooperation between France and the Philippines through five key themes: Arts and Culture, Art de Vivre, the Youth and Knowledge, High Tech and Entrepreneurship, and Sharing Values.

Arts and Culture and the French “Art de Vivre”

Cultural and artistic cooperation is one of the top priorities of France in the Philippines. The French Embassy seeks to provide channels for exchanges between French and Filipino artists and venues for sharing French culture and art to Filipinos and vice versa. In 2013, for example, the biggest exhibition in Europe dedicated to Filipino culture was hosted at the Quai Branly Museum in Paris.

The French Film Festival and Fête de la Musique are two of the year’s most anticipated cultural events, gathering thousands of Filipinos to enjoy French cinema and celebrate music through performances by local artists and visiting French musicians. To mark the signing of the Treaty of Friendship in June, French pianist François Chaplin will be performing alongside the Philippine Philharmonic Orchestra for Ravel Unraveled, an evening of French classical music at the Cultural Center of the Philippines.

PhilFrance : Feel French ! will also offer a different perspective on the art of photography through the lens of the French. Photographer Christophe Loviny, who covered the historic EDSA People Power Revolution in 1986, will conduct a series of workshops on photojournalism for amateurs and professionals that will culminate in a photo festival in November, while ethno-photographer Pierre de Vallombreuse’s images of the tribes of Palawan will give Filipinos a glimpse into their ancient history through an exhibit to be mounted at the National Museum.

Art de Vivre, literally translated as the “art of living,” represents the French lifestyle that focuses on the pleasures of gastronomy, fashion, sport and culture. The opening event of PhilFrance : Feel French ! on February 13 brings French fashion designer Clivia Nobili to the Philippines for a series of workshops and fashion shows. A special exhibit of original pieces by fashion icons such as Yves Saint-Laurent, Cristobal Balenciaga, Yohji Yamamoto and Jean-Paul Gaultier will also be on display at the School of Design and Arts of the De La Salle-College of Saint Benilde throughout the fashion week.

The love for food is a passion shared by the French and Filipinos. Chefs in the Philippines will join 2,000 others all over the world to celebrate French cuisine in the 3rd edition of Goût de France/Good France on March 21, while a special French weekend market called Bon Appetit ! in September will offer fresh and organic ingredients needed to make the perfect French meal. Meanwhile, the annual Soirée Beaujolais organized by the French Chamber of Commerce in November brings the business community together once again for a night of wine, cheese and charcuterie. As more and more Filipinos take an interest in cycling, Manila will have its own version of the famous Tour de France in July, while French circus group Inextremiste will put up an unforgettable show of humor and acrobatics.

The Youth and Knowledge

In its commitment to the youth and knowledge, France will continue to foster exchanges between French and Filipinos in the areas of language, science and the humanities. The Francophonie Festival in March celebrates the French language, which more and more Filipinos are learning at the Alliance Française (French language school) in Manila and Cebu or through French language courses and electives offered by various universities and public science high schools, particularly those under the Special Foreign Language Program of the Department of Education. The French Embassy in Manila has also opened its call for applications for the PhilFrance scholarships, a competitive program that will grant financial assistance to Filipinos who wish to pursue exchange programs or post-graduate degrees in French higher learning institutions. Last year, 10 awardees of this French government scholarship joined the 350 Filipinos already studying in France. To further expand this scholarship program, the French Embassy and the Commission on Higher Education (CHED) recently launched a co-funded scholarship open to faculty and non-teaching staff of universities affected by the K-12 transition, allowing them to complete their post-graduate degrees in France.

French and Filipino researchers have also been working closely for new scientific discoveries. This cooperation will be highlighted with the unveiling at the Museum of Natural History in Manila of a skeleton of a rhinoceros discovered during an archeological dig in the Cagayan Valley. Seminars on the social sciences, on architecture, heritage preservation and urban planning, and on agriculture and food security will also be organized to provide venues for collaboration and exchange between experts from the Philippines, France and neighboring Asian countries.

In 2015, France and the Philippines revived the Joint Economic Committee, showing France’s increasing confidence in the Philippines as an important trading partner in the region and their booming bilateral commercial relations in recent years. Two-way trade was valued at 1.44 billion euros in 2015, making France one of the Philippines’ top trading partners from the European Union. Aviation sales, particularly of Airbus planes, accounted for around 76 percent of French exports to the Philippines, while other export items included agri-food products, electronic components, pharmaceuticals, and cosmetics.

This economic partnership is another focus of PhilFrance : Feel French ! through the various networking and business-related initiatives of the French Chamber of Commerce in the Philippines and through programs that aim to provide support for start-ups in the Philippines.

France and the Philippines have long shared common values since Ilustrados such as Jose Rizal, Juan and Antonio Luna, and Marcelo H. Del Pilar traveled to Europe in the 1800s to learn more about European nationalist and democratic ideals. Today, the French values of Liberty, Equality, and Fraternity will be celebrated in PhilFrance : Feel French !

As a partner of the Philippines in socio-economic development, the French Embassy will help the underprivileged youth realize their potentials and contribute to their integration into society through activities such as a job fair and employability forum. Events that highlight the important role of women in Philippine society will be organized under the theme of gender equality, which is one of the priorities of French foreign policy. Lastly, France will continue its role as a partner of the Philippines when it needs help the most. Since 2013, the France-Philippines United Action has taken an active role in providing relief and rehabilitation to communities affected by typhoons. Together with the French business community, NGOs and local governments, over 1,000 families devastated by Typhoon Yolanda in Daanbantayan, Cebu are now living in disaster-resilient homes.

“The objective of PhilFrance : Feel French ! is to give Filipinos all over the country the opportunity to feel France in various aspects of everyday life and to experience the strength of the friendship between our two countries,” according to French Ambassador Thierry Mathou. As France and the Philippines reach a milestone in their relations, bilateral relations are only expected to develop further in the coming years.