The Alliance Francaise de Manille and SM Aura Premier, in cooperation with the Embassy of France to the Philippines, present Rencontre Parisienne, a poetic hip-hop duet by the French group French Wingz on Saturday, May 12, 2018 at the Sky Park of SM Aura Premier.

This show is open to the public and free of charge! 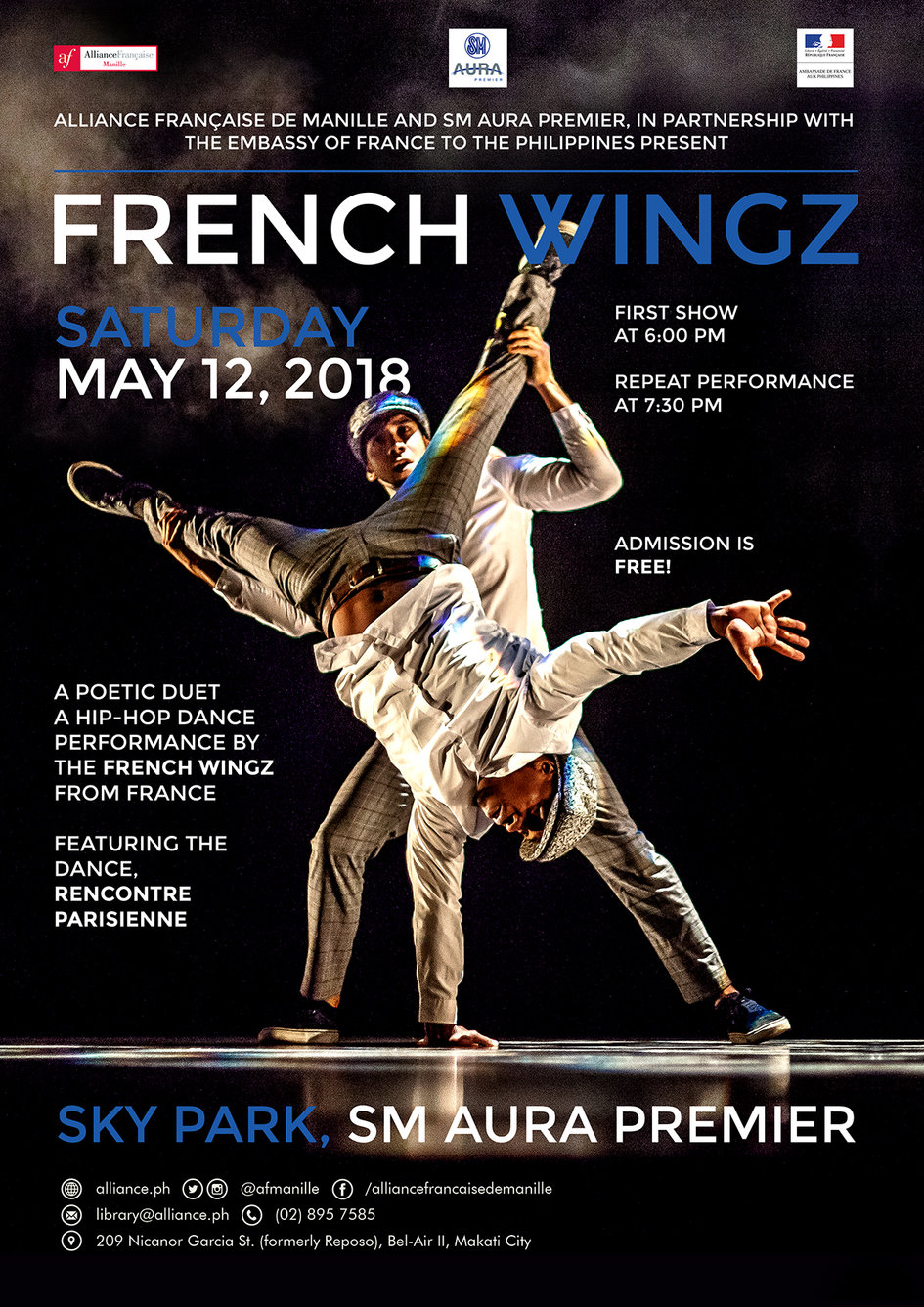 The French Wings breaks the conventional barriers of hip-hop by dancing to a variety of French classics such as Renaud’s Mistral Gagnant and Charles Aznavour’s La Bohème through physical exploits, acrobatics, and poetry. Rencontres Parisienne is a show for all generations.

Archad and Crackers (Stevens) met during a dance battle where they had to perform a duet to win. Since then, they have performed and led workshops together all around the world (Malaysia, Indonesia, Brazil, USA, France, Australia, etc).

Their success led them to challenge themselves further. In 2013, they created their first piece called “Mistral Gagnant” and won several competitions such as France Got Talent and Got to Dance Germany.

Their famous “French Touch” has quickly become a hip-hop reference in their native country of France.