The Service for Cooperation and Cultural Affairs (SCAC) of the Embassy of France to the Philippines renewed its cooperation agreement with Xavier University (Ateneo de Cagayan de Oro) under the framework of its initiatives for the development of cultural exchanges between France and the Philippines. 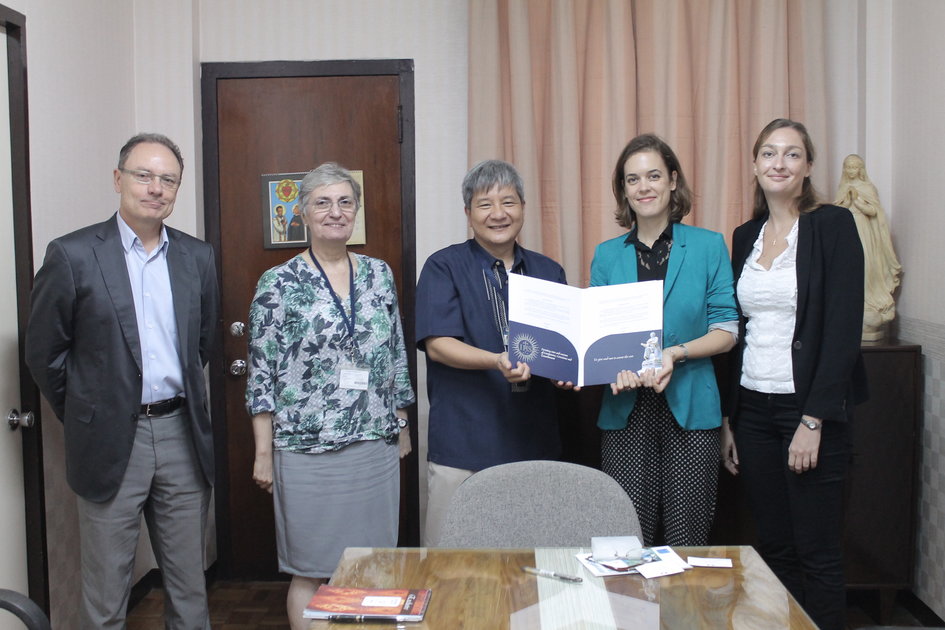 This cooperation established in line with the agreement concluded between the French and the Philippine governments during the state visit of French President François Hollande to the Philippines last February aims to intesify academic and scientific cooperation between the two countires.

The partnership between Xavier University and the SCAC should then pave the way for the promotion of French and Philippine culture, the strengthening of student and teacher mobility, and underscore the important of promoting joint research programs in the fields of food processing, food security, biotechnology, marine sciences, and environmental sciences in general.

Since 2014, the Embassy of France has supported the studies of a student from the Department of Food Technology of Xavier University in his completion of a Master’s Degree in Toulouse. Another scholarship will be offered in 2016 to support the development of a Department of Languages, which will offer a French language course under the Bachelor in International Relations program.

Finally, this partnership was made as part of the international preparations for the 21st Conference of the Parties to the United Nations Framework Convention on Climate Change (COP21), which will take place in Paris in December. The younger generations will play a crucial role in the fight against climate disruption, as stressed by Scientific Attaché Anaïs Voron during an information session and discussion with the university students last June 30, 2015.