The President of the Republic

The Head of State is elected for a five-year term by direct universal suffrage.

Emmanuel Macron became the eigth President of the Fifth Republic on May 14, 2017.

The President of the Republic appoints the Prime Minister and, on the latter’s recommendation, appoints the other members of the government (Article 8 of the Constitution).

He presides over the Council of Ministers, promulgates Acts of Parliament and is Commander-in-Chief of the Armed Forces. He may dissolve the National Assembly and, in an emergency, exercise special powers (article 16).

Learn more by visiting the official website of the President of the French Republic.

Prime Minister and the Government

Learn more by visiting the official website of the French Government.

The Parliament is composed of two assemblies: 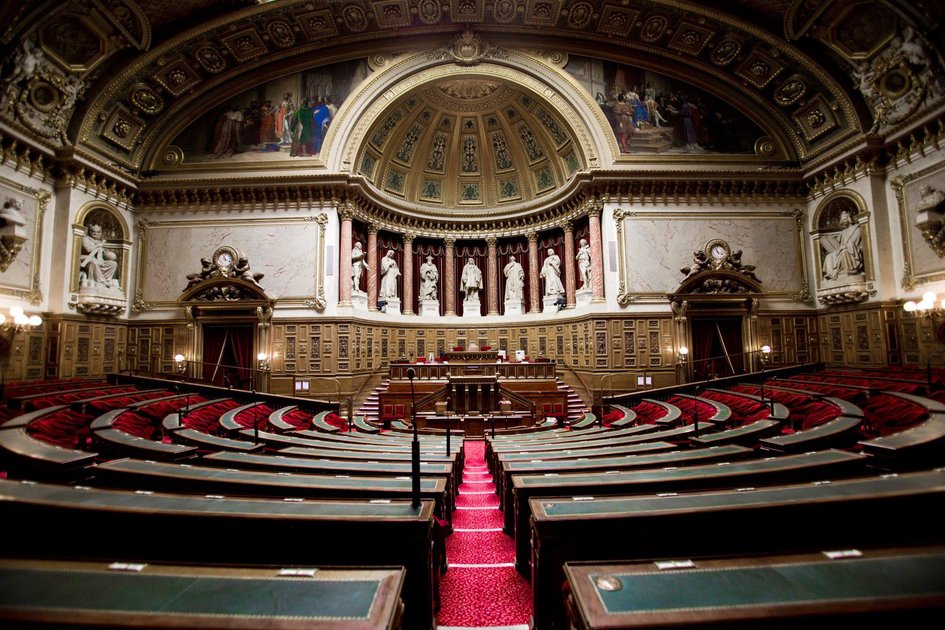 The Senate is elected by indirect universal suffrage for a six-year term. The house is renewable by one-third every three years.

The members of the National Assembly (deputies) are elected by direct universal suffrage for a five-year term.

The two assemblies supervise the Government and draw up and pass legislation. In the event of disagreement on a law, the National Assembly makes the final decision.