France and the Philippines held the third iteration of their Joint Defense Cooperation Committee (JDCC) meeting in Manila from November 8 to 9, 2022, as both countries seek to enhance their defense cooperation.

The meeting comes as France and the Philippines celebrate the 75th anniversary of their diplomatic relations. 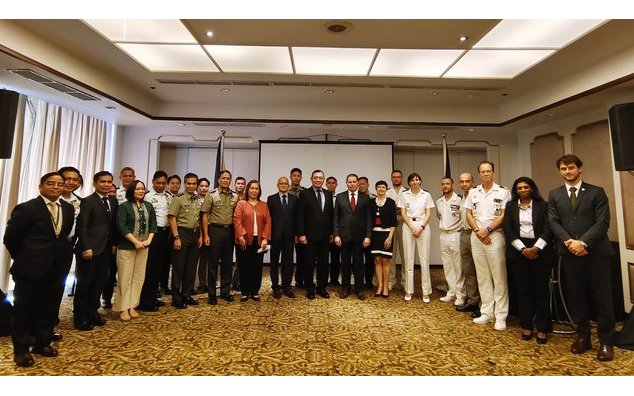 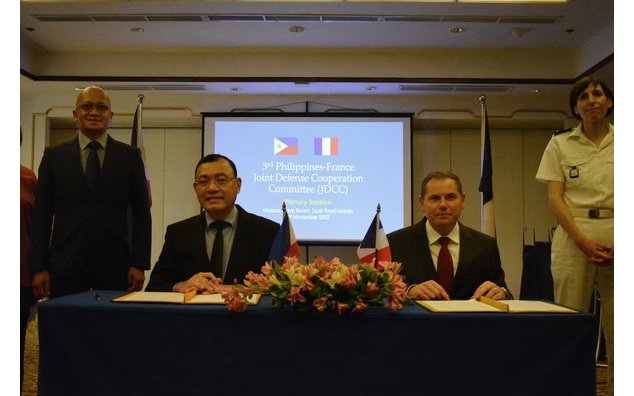 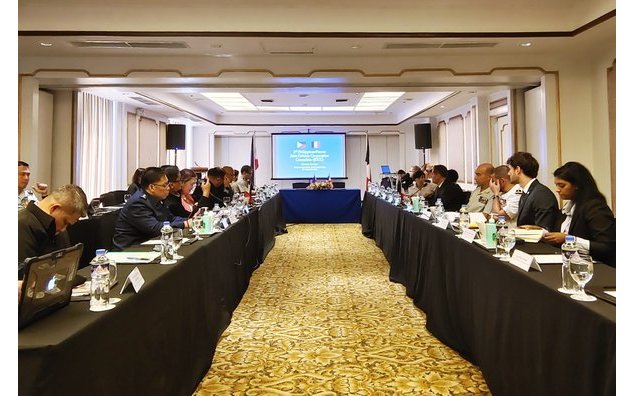 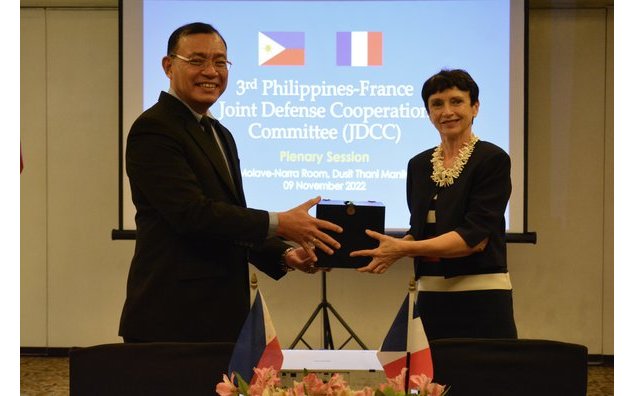 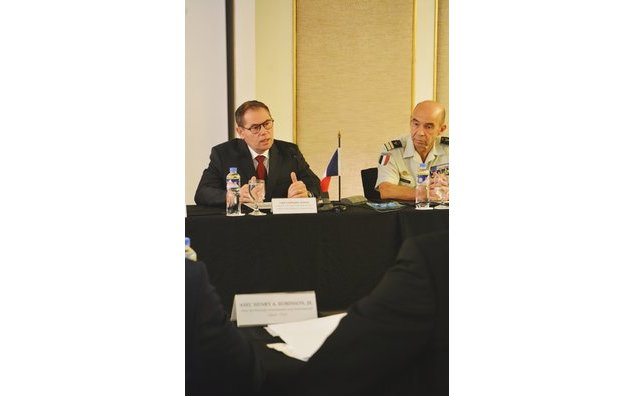 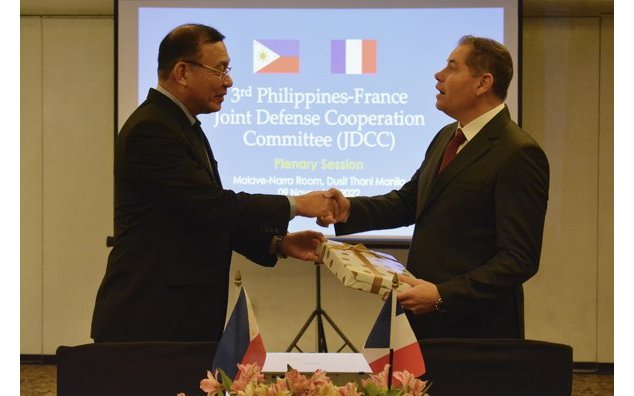 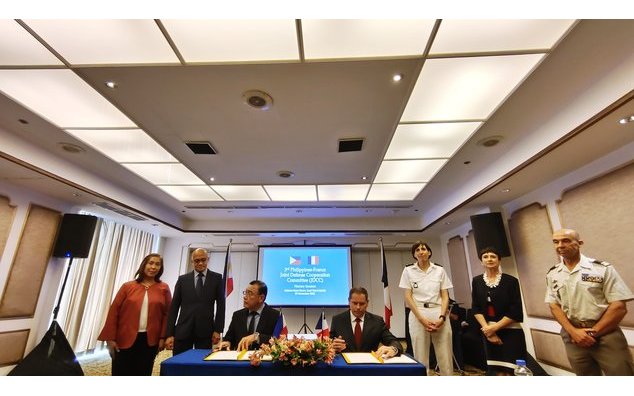 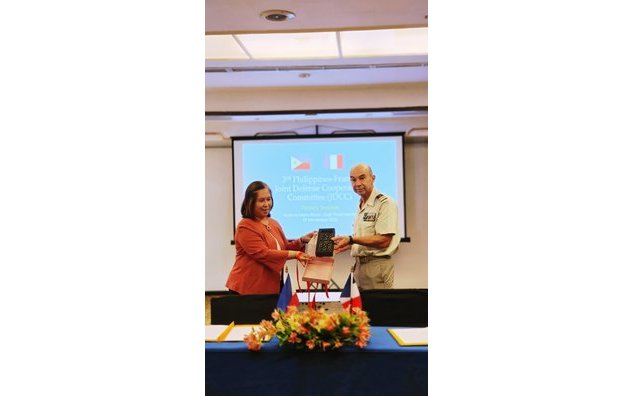 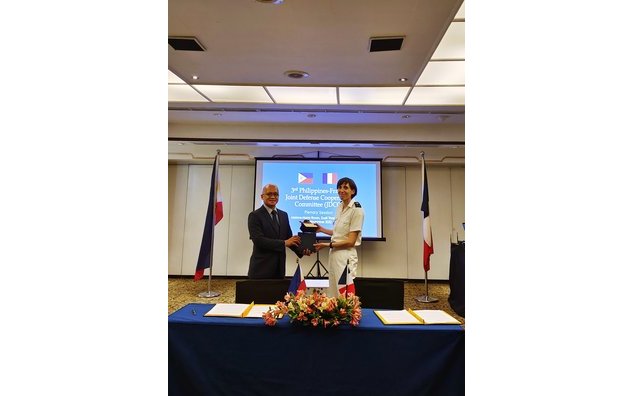 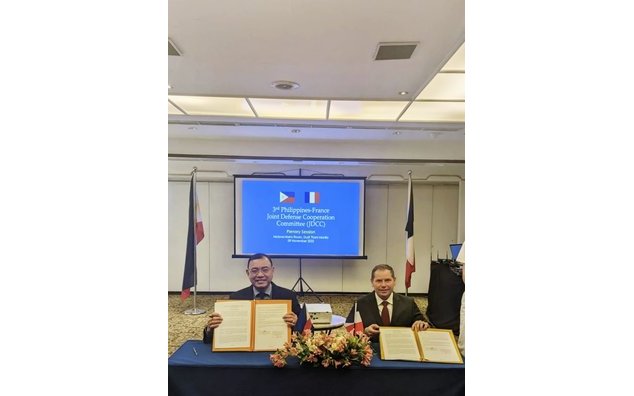 They held a plenary session opened by French Ambassador Michèle Boccoz and conducted technical meetings. The French delegation had a meeting with Undersecretary Franco Nemesio Mabini Gacal (Department of National Defense) in Camp Aguinaldo, and paid a visit to Commodore Jose Ma. Ambrosio Ezpeleta, chief of the Naval Staff of the Philippine Navy, representing the Rear Admiral Cesar Valencia, acting Flag Officer In Command, at the Navy Headquarters in Port Area, Manila. Captain Guillaume Arnaux also conducted a visit to the Philippine Coast Guard (PCG) Headquarters, where he was warmly welcomed, and discussed with Commodore Rudyar Somera, Director of the Coast Guard Strategic Studies and International Affairs Center.

The French and Philippines delegations exchanged views on the regional situation. They reaffirmed their shared support to international law in the Indo-Pacific region. Following the phone call between Presidents Emmanuel Macron and Ferdinand Marcos Jr. on September 16, 2022, they expressed their commitment to the further strengthening of the bilateral military cooperation, in its various dimensions.